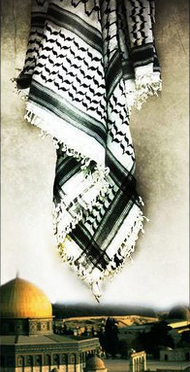 The Israeli occupation authorities demolished around 97 homes and 86 facilities in the occupied West Bank in February 2016 alone under the pretext of “illegal construction”, according to a statistical report released Thursday by the Applied Research Institute Jerusalem (ARIJ).

The Palestinian Institute also said that demolition orders and orders to stop construction were issued to a further 139 Palestinian houses and facilities.

According to Aljazeera.Com throughout occupied West Bank and East Jerusalem, some 90,000 Palestinians are facing potential displacement, according to the United Nations Office for the Coordination of Humanitarian Affairs.

An estimated 653 dunums of Palestinian land in various parts of the occupied West Bank are currently facing confiscation orders.

“The occupation has used the demolition policy as a way to put pressure on the Palestinians so to empty the region classified as Area C in the West Bank,” Ghassan Doughlas, a Palestinian official who monitors settlement activity in the northern West Bank said. Doughlas added that the demolitions are part of a policy of “collective punishment”.

On Thursday, hundreds of Palestinians participated in a protest organised in the city of Negev, south of occupied Jerusalem, in solidarity with the people living in the villages of Atir and Umm Al-Hiran whose homes Israel decided to deport and demolish.

During the protest, Arab MK Taleb Abu Arar said: “What the Negev is experiencing is ethnic cleansing, not developments. All of the government plans aim to ethnically cleanse the area.”

At the same time, Kol Ha’ir, an Israeli weekly newspaper, revealed that the Israeli government is advancing construction plans to build about 1,000 housing units in four illegal settlements in occupied Jerusalem despite the stiff international criticism.

The 1,000 housing units are scheduled to be built in Har Homa, Pisgat Ze’ev, Maale Adumim, and Modi’in illegal settlements.

Construction licenses are very expensive and difficult to obtain for Palestinians, notably in Jerusalem area, in a bid by Israeli authorities to force Palestinians out and change the demographic balance of the city. 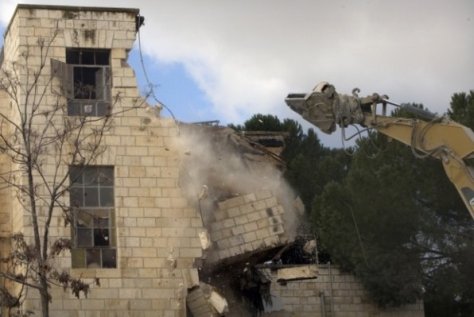 According to Israeli rights group B’Tselem, almost 600 homes have been destroyed in the city over the last twelve years, leaving more than 2,000 Palestinians homeless in occupied East Jerusalem.

Press TV has interviewed Saeed Nimer, a professor of political science at Birzeit University in the occupied Ramallah, to discuss Israeli crimes against Palestinians.

As a matter of fact it is quite obvious that these are the policies of the Israeli … [regime] and this … [regime] particularly is a very right-wing … [regime], it is a … [regime] of settlements and they are unleashing the Israeli army to do whatever in the West Bank and in Gaza, and also in Jerusalem by attacking the Palestinians and escalating all kinds of atrocities against the Palestinians.

The problem is that even yesterday in the Israeli … [regime] there were lots of voices saying that Netanyahu is so soft with the Palestinians and he is not tough enough. I do not know what kind of tough enough they mean by that with all these atrocities against the Palestinians.

Having a Zionist Squatter for a neighbor in Hebron, Palestine https://t.co/jFQ0C8edwR pic.twitter.com/dIgfuZS0er