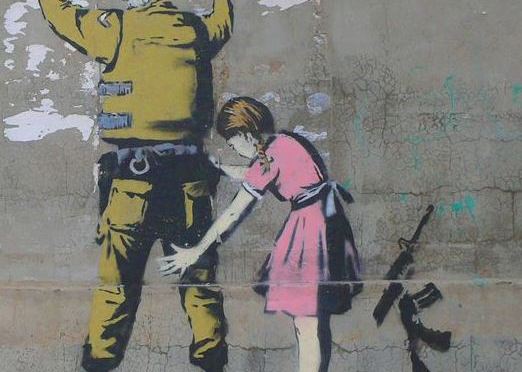 Duma, (West Bank) Palestine late July 2015: An eighteen-month-old Palestinian child, Ali Dawabsheh has been burnt alive in an arson attack by  Jewish extremists, while both his parents died from their injuries within weeks.

From the first day, the Israeli authorities imposed a press embargo on the subject, banning the media from publishing any details or developments related to the investigation. On 31 August 2015, the embargo was extended by a month.

During these exceptional moments in the area as before, the israeli stations used to continuously play  Golda Meir’s quotes  who served as the fourth Prime Minister of Israel.Born Golda Mabovitch on May 3, 1898, in Kiev, present-day Ukraine, Israel’s only woman prime minister has been called many things: a trailblazing Zionist lioness; the only “man” in David Ben-Gurion’s cabinet; but also, a failure for not properly preparing the country for the bloody Yom Kippur War; and a denier of Palestinian national rights according to the israeli Haaretz.

Some  quotes of her are: 1.“When peace comes we will perhaps in time be able to forgive the Arabs for killing our sons, but it will be harder for us to forgive them for having forced us to kill their sons.“(disputed one).  2.“It was not as if there was a Palestinian people in Palestine and we came and threw them out and took their country away from them. They did not exist.”

Until 1948, the primary goals of Zionism were the re-establishment of Jewish sovereignty in the Land of Israel, ingathering of the exiles, and liberation of Jews from the antisemitic discrimination and persecution that they experienced during their diaspora. Since the establishment of the State of Israel in 1948, Zionism continues primarily to advocate on behalf of Israel and to address threats to its continued existence and security.

A religious variety of Zionism supports Jews upholding their Jewish identity defined as adherence to religious Judaism, opposes the assimilation of Jews into other societies, and has advocated the return of Jews to Israel as a means for Jews to be a majority nation in their own state. A variety of Zionism, called cultural Zionism, founded and represented most prominently by Ahad Ha’am, fostered a secular vision of a Jewish “spiritual center” in Israel. Unlike Herzl, the founder of political Zionism, Ahad Ha’am strived for Israel to be “a Jewish state and not merely a state of Jews”.

Advocates of Zionism view it as a national liberation movement for the repatriation of a persecuted people residing as minorities in a variety of nations to their ancestral homeland. Critics of Zionism view it as a colonialist,racist and exceptionalist ideology that led advocates to violence during Mandatory Palestine, followed by the exodus of Palestinians, and the subsequent denial of their right to return to property lost during the 1948 war.

In 1987, it was the uprising that inspired the Palestine Liberation Organization to bravely accept compromise via an emotional November 15, 1988 “Declaration of Independence” from their 1964 goal to “liberate Palestine” and achieve a “complete restoration of [their] lost homeland” to accepting even less than the 1947 partition — a state only on the West Bank and Gaza — a mere fifth of the Holy Land. 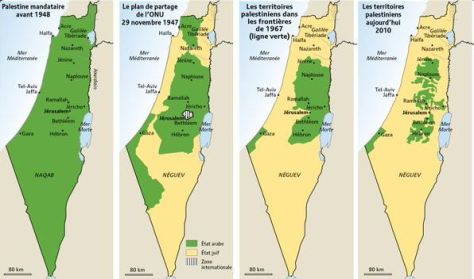 Trump’s USA is the biggest rogue state in the world

U.S. recognition of Jerusalem as Israel’s capital proves now that Trump’s US is the biggest  rogue state in the world.. It is in fact, one rogue state colluding with another rogue state to destabilize Middle East and endanger world peace. It should come as no surprise that Donald Trump has declared that the US is recognising Jerusalem as the capital of Israel.

Last week, US President Trump  whose campaign funded by the Israeli lobby declared that the United States would recognize Jerusalem as the capital of Israel. As expected, the move drew praise from Israel’s right-wing prime minister, Benjamin Netanyahu, and condemnation from a variety of Arab and Palestinian leaders.Despite no real pressure from the Israeli government nor unanimous clamoring in Washington for the move, Trump threw decades of long-standing U.S. policy up in the air. He embraced Jerusalem as Israel’s capital without making any nod to Palestinian claims to the eastern part of the city, prompting analysts and former diplomats to write obituaries for the two-state solution. Secretary of State Rex Tillerson then told reporters that the U.S. embassy’s relocation from Tel Aviv would probably not happen next year, raising even more questions about the timing of Trump’s statement.

US recognition of Israel’s self-declared capital has no legal basis. The 1947 UN Partition Plan for Palestine, upon which Israel largely bases its international legitimacy, had three components: “Independent Arab and Jewish States and the Special International Regime for the City of Jerusalem”.

Of course, no one seems to believe in Trump’s commitment to the peace process, “It’s really bulls—,” said Mohammed Shtayyeh, a former Palestinian negotiator, to the Times of Israel. “Nobody buys it.” Trump’s recognition of Jerusalem underscored what many in the region have long believed — that the United States was never seriously an impartial mediator in the conflict, and has instead presided over decades of Israeli settlement expansion that undercut Palestinian claims for sovereignty.

What Trump’s Jerusalem proclamation tells us is that the Trump administration does not view the Palestinian national movement as a near-equal negotiating partner, and therefore the administration is unlikely to produce a proposal for negotiations that might bridge gaps between the two sides. The complete lack of symmetry, even for a country that has long favored its relations with Israel over those with the Palestinian national movement, was clear in his remarks — despite the glancing comment “God bless the Palestinians” in his sign-off. That’s why Netanyahu could compare Trump’s statement to the historic Balfour Declaration of 1917, a British statement that viewed “with favour the establishment in Palestine of a national home for the Jewish people.”

The Arab League, an organization of 22 mostly Arabic-speaking countries, warned on Sunday that Trump’s announcement “deepens tension, ignites anger, and threatens to plunge the region into more violence and chaos.” Hamas, the Islamist extremist group and political organization that controls the Gaza Strip, said Trump’s decision on Jerusalem “opens the gates of hell.”

The historical fact that Jerusalem is home to sites holy to the Muslim, Jewish and Christian faiths cannot be altered either by Israel or U. S. Its eastern sector was captured by Israel in 1967 war and annexed in a move which was not recognized internationally. Palestinians want the capital of an independent state of their own to be in the city, part of which Israel captured by force. The status of Jerusalem must be determined with involvement of Palestinians in the framework of negotiations under the auspices of the United Nations. Even Saudi Arabia, the Israeli new secret ally, called President Trump’s decision to declare Jerusalem Israel’s capital “unjustified and irresponsible.”

Leaders & representatives of the Organisation of IslamicCooperation (OIC) member states are meeting tomorrow in #Istanbul to discuss #Trump‘s decision on #Jerusalem. Here is my humble analysis on what to expect from this emergency summit. #OIC @Abukar_Arman pic.twitter.com/V9NB64j6PU

The fact that no country so far has the embassy in Jerusalem points to futility of Israel’s claim to it as the capital. Now,  after decades and thousands of Israeli and (mostly) Palestinian deaths , the hoped-for peace resulting in two states built on the cry of Palestinian civil society for dignity and independence, and the aspirations of Israelis to finally be accepted by the Arab world in a secure state of their own, is in deep trouble.

*The title is the last line of the Poem : in Jerusalem written by BY MAHMOUD DARWISH 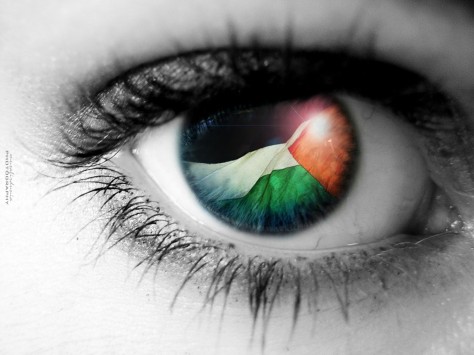 One thought on “In Jerusalem You killed me … and I forgot, like you, to die.”