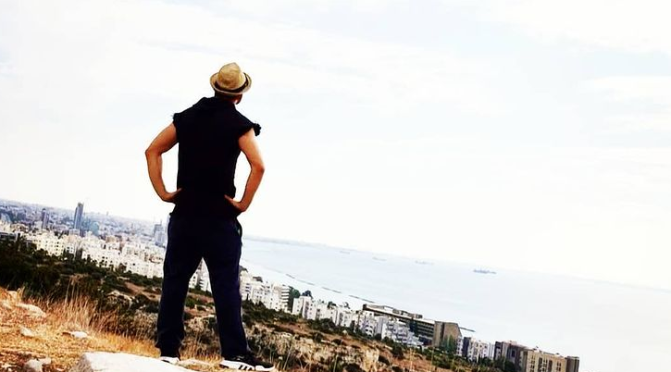 Beginning October, I had a very busy day, as for the previous years i was working in a very demanding environment. I was exhausted and as i was lying on my bed i did some researches regarding Cyprus, on duckduckgo and on twitter especially that day. From these two sources, i was finding information which was fulfilling my appetite for info and analysis i couldn’t find anywhere else at that moment.

That day, my life changed for ever… Few weeks later, i decided to do what i want to do most. Writing and do research through my blog and beyond. Maybe it will be difficult but i were always a dreamer.

How would you feel if you were living in an “aquarium” where your world is described and defined between the glass which pre-determinates your life?

We are all born and we carry some ideas or prejudices about people, groups, ideas far or more closed to us.

What if the world you’re living is all made of false “stars”?

Every human should know his/her real history. Unfortunately, big powers distorted history for some players, especially in the Near East.

Their bloodlust for control did and still are making victims. In this new world order (what they want to impose), the enemy is invisible, but is always there. They want to control all our lives but we have always to fight to keep a controlled distance between these curious eugenics observers and our private lives.

I wish that the “curiosity’ of these “machines” stops to know “all about our private life.

Unfortunately, for my country Cyprus, everything we knew until today from the history we’re teached at school, it seems more now as a well orchestrated propaganda, mostly of hate regarding Turkish people, honestly without a reason, today speaking.

The division of my country was orchestrated in the US during the Kissinger time. However, Kissinger was never accused of the crimes he made here, or in Vietnam and Chili. He continues to give advises to every single president of the US.

We have to open our eyes before its too late again. Our next generations deserve better, our lives deserve better than being experiments in the US’s world aquarium cinema or the New European Empire, which has nothing to do with the EU values declared to serve. It is quite obvious today, that the EU empire is servicing multinational interests and not values. Euro as currency destroyed the south of Europe and made a gap and rancor between the rich North and the poor South, but i believe that it was well orchestrated as well.

A lot of things were orchestrated with proofs, making surface little by little. The bail-in in 2013 was known for years before, the Annan plan of peace in Cyprus was made in that way that Greek-Cypriots would say no.

A very great thanks and big respect to an extraterrestrial friend who is always a great force of personal power for me. I wish i could give to that person the energy needed for the difficulties going through now!

As I say, we are all birds and we were born free! Birds don’t know borders and they are flying pirates all their lives.

2 thoughts on “Why searching the truth for my homeland, Cyprus, became my reason to breathe again.”