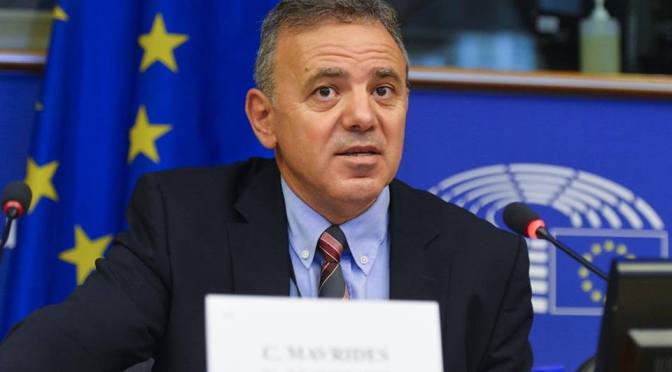 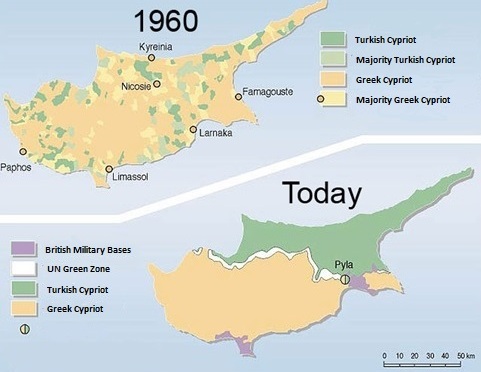 Cyprus has been split on ethnic lines since 1974, when Turkish troops invaded the north of the island in response to a short-lived coup by Greek Cypriot militants seeking union with Greece.

In recent months Greek and Turkish Cypriots have been negotiating to try to end their decades-long conflict and have asked the United Nations to prepare for a new peace conference in early March.

A UN envoy is now urging both sides to seize an opportunity for peace, warning it could be years before such a chance arises again.

Euronews Insiders visited the divided island to speak with Cypriot people on both sides of the divide.

In 1974, fighting pushed Greek Cypriots from Morphou to the south. Turkish Cypriots fled to the north. The conflict displaced tens of thousands of Cypriots including the Kandulu family. The abandoned houses were distributed through a kind of lottery system.

Checkpoints opened in 2003 allowing access between the two sides through a UN-patrolled buffer zone. 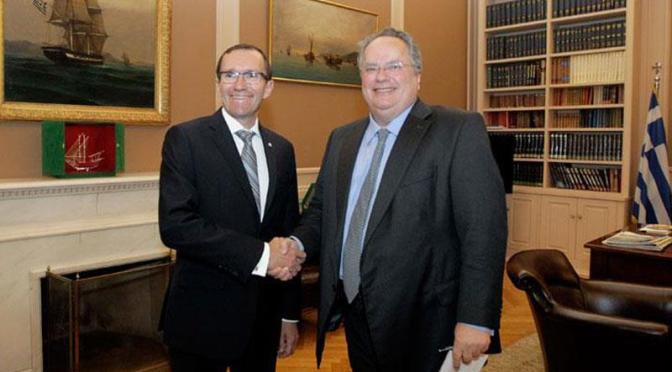 The Norwegian Special Adviser to the UN Sec Gen on Cyprus Espen Barth Eide, was one of the protagonists in the Cyprus talks and the International Conference in Geneva.

Eide who has been coordinator of the negotiations since August 22, 2014, when he was officially appointed by the then UN Secretary General Ban-ki-Moon, has played his own role in the efforts to resolve the issue.

The truth is that a consultant and facilitator, should be distinguished by the excellent knowledge of the subject he is dealing with and of course by his impartiality acting on UN resolutions and international law. But is this the case for Mr. Eide?

According to IBNA information, Mr. Eide was caught unprepared when in conversation with a senior diplomat, he insisted that there are no UN decisions for occupation troops in Cyprus. Naturally his statements were made known to the Greek side which caused the immediate reaction of the Greek diplomacy, which then presented him the relevant UN resolutions, where there is an explicit reference to occupation troops. Ignorance or deliberate misinformation?

Espen Eide, a former Minister of Defence and Minister of Foreign Affairs for Norway, an atlanticist and and opponent of Russia, according to IBNA information, was chosen for this position by the UN with the intervention of the Assistant Secretary of State for European and Eurasian Affairs Victoria Nuland.

Mrs. Nuland is not a stranger for Espen Eide, as she has served as the US ambassador to NATO. Former Norwegian Prime Minister Jens Stoltenberg who is the current NATO Secretary General gave Espen Eide a Ministerial position. The selection of Eide in August 2014 as a UN special adviser on Cyprus and Stoltenberg in October 2014 as the NATO Secretary General, occurred after Nuland withdrew from office in September 2013. It is clear that this series of events is not just coincidence.

Eide’s strange role, which seems to serve the interests of the deep state in the United States, also showed in discussions at the International Conference in Geneva, where his primary objective was a fast, pre-January 20th first agreement  “solution” that would bind all parties especially Cyprus.

Why January 20th? Quite simply because it is then that the US President formally changes and Mrs. Nuland will not be able to carry out any plan she was serving, and will lose both her position and influence. Officially at least. But Espen Eide’s position is precarious, as the new UN Secretary General, Antonio Guterres, has a different plan for his term in office and the Norwegian politician doesn’t seem to be in his plans so far.

The new UN Secretary General, as a former Prime Minister of Portugal with the Socialist Party and President of Socialist International, has a different political logic from his “grey” and “stiff” by European standards, predecessors.

However Espen Eide, once again confirmed the special role he assumed by opting to postpone a meeting with the Turkish Foreign Minister, Mevlut Cavusoglu in Ankara and reschedule it in NY where he returned hastily when informed of the meeting Mr. Guterres and the Greek Foreign Minister Nikos Kotzia were going to have on Cyprus. Was this coincidence?Perhaps…

Espen Eide, is not working in the interests of both communities in Cyprus, nor the guarantors. He is working with other interests in mind, and everything indicates that all roads lead to the natural gas reserves found in the region and to anti-Russian policy. Something which seems not only to cause a problem in solving the Cyprus problem but is also creating unwanted tension between the guarantor powers./ΙΒΝΑ

Greek Foreign Minister Nikos Kotzias sharply criticised foreign and Greek press reports on Sunday which blamed him for the breakup in Cyprus talks in Geneva saying that the Turkish side had interrupted the talks unexpectedly.

Those who speak for their master — Turkey, that is — can be expected to believe that it would be a success in Geneva if we gave into the Turks, legitimised their rights of intervention and their ability/potential to occupy a portion of Cyprus. We have a different outlook: European and international law must be implemented, sovereignty must be granted to Cyprus, the greatest possible rights must be granted to the Turkish Cypriots, and the greatest possible sense of security must be given to the Greek Cypriots.

There have been a number of distortions of the facts. For example, they are saying that, since the technical teams are starting their meetings next week, we interrupted the process. That isn’t true. The UN Secretary-General, President Anastasiades and myself proposed the day before yesterday, Friday, that the Geneva Conference continue on a political level. As it was scheduled to do. And why — and this is very important — should it have continued on a political level? To give instructions as to how the technical teams will work. Because the Turks, who left the negotiations — who got up and left early Friday morning — said they didn’t have time for political consultations and to let the technical teams meet. But the technical teams can’t meet without political instructions. We had scheduled political consultations and the continuation of the Geneva Conference on a political level for Thursday and Friday, and they cancelled it. And it is shocking that there are European, Greek and other news media taking the side of those who cancelled the agreed process in Geneva. There are some people who think they can do whatever they want and then, on top of that, shift the blame onto those who insist on what was agreed.