Maria and Michalis have opened their hearts and kitchen, feeding hot meals to 50 refugees a day on Samos, Greece.

Since 2007, Greece has been challenged by the arrival of a large number of refugees and migrants, but in 2015 sea arrivals escalated to an emergency. On the island of Lesvos alone, numbers topped 500,000 last year. In October 2015, arrivals peaked at more than 10,000 per day, as conflicts in Syria, Afghanistan and Iraq continued to uproot people from their homes. 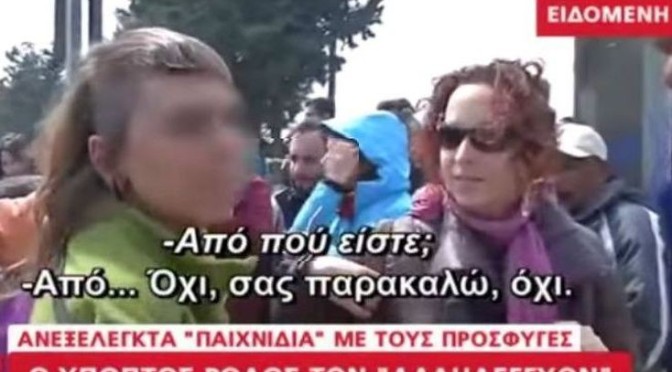 In the name of solidarity some anarchists from Germany, Spain, Italy and other European countries are going to Greece, and they incite tensions and incidents in Idomeni almost on a daily basis as the last one that took place during the last weekend near the Greek-Fyrom border. END_OF_DOCUMENT_TOKEN_TO_BE_REPLACED

If only it were all so simple :On Jan. 27, the European Commission issued a report saying that Greece “is seriously neglecting its obligations” and that there are “serious deficiencies in the carrying out of external border controls.” Brussels gave Athens three months to improve its border controls, or risk being ousted from the passport-free area. But kicking Greece out of the Schengen zone will not have much impact on the influx of migrants to Europe since Greece does not share land borders with any other Schengen members as reported by Stratfor. END_OF_DOCUMENT_TOKEN_TO_BE_REPLACED

Is it time for Greece to close completely its borders? Prime Minister Alexis Tsipras vowed on Wednesday to shift the pressure that the European Union has put on Greece over the refugee crisis back onto the country’s EU partners at the leaders’ summit in Brussels on Thursday and Friday.