According to Iranian official who spoke to Reuters, Iran’s new oil and gas contracts will have flexible terms that take into account oil price fluctuations and investment risks.

END_OF_DOCUMENT_TOKEN_TO_BE_REPLACED 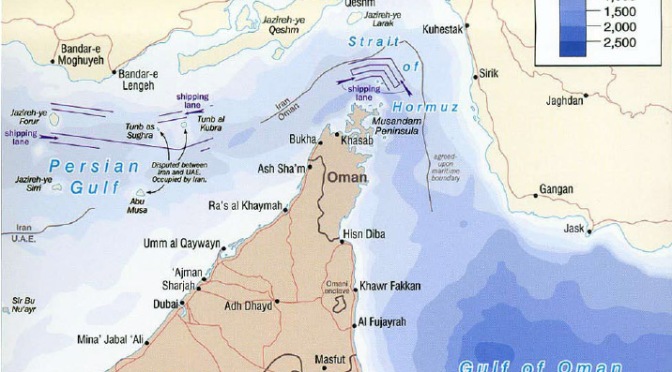 An agreement has been signed between Iran and Oman to study a sub-sea gas pipeline for carrying Iranian gas to the Sultanate in a project worth $60 billion.

Oman’s plan of transfering natural-gas through pipeline from Iran is the latest sign that Saudi Arabia is failing to bind its smaller Gulf neighbors into a tighter bloc united in hostility to the Islamic Republic. END_OF_DOCUMENT_TOKEN_TO_BE_REPLACED

The Arab spring and economic crises in the Middle East have drastically altered air pollution levels in the region, according to new research.

Levels of nitrogen dioxide, a toxic gas produced by car engines and power plants than can contribute to climate change, grew rapidly in cities like Damascus, Aleppo, Tehran and Cairo in the early years of the 2000s until they experienced a drop-off around the beginning of the following decade. The onset of unrest caused an economic impact that led to the decline, researchers say.

The UAE, home to Dubai, has the world's most polluted air. Or does it? A dust-up over data http://t.co/RURIJtsA2E pic.twitter.com/1308I5HYMW

//platform.twitter.com/widgets.js
The report, published in the journal Science Advances, argues that the decline is “tragically” linked to political and social upheaval since the time of the Arab spring. It says the dramatic trend reversal is unique to the Middle East.

“We find that geopolitics and armed conflict in the Middle East have really drastically altered air pollution emissions,” said Prof Jos Lelieveld, director at the Max Planck Institute for Chemistry in Germany and lead author on the report.

“From 2005-10 the Middle East has been one of the regions with the fastest growing air pollution emissions. This also occurred in East Asia, but especially in the Middle East. This was related to economic growth in many countries. However it’s the only region in the world where this upward trend of pollution was interrupted around 2010 and then followed by very strong decline.”

END_OF_DOCUMENT_TOKEN_TO_BE_REPLACED

US Secretary of State John Kerry met Friday with his Iranian counterpart Mohammad Javad Zarif at the World Economic Forum in Davos as last week for a while in Paris.