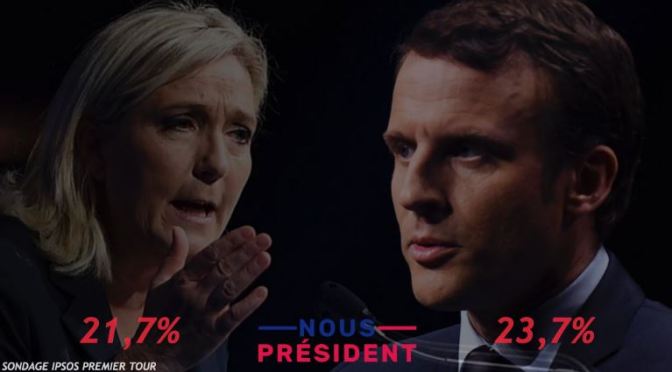 Centrist Emmanuel Macron and far-right leader Marine Le Pen are set to face each other in a May 7 runoff for the French presidency after coming first and second in Sunday’s first round of voting according to the first results.

In a race that was too close to call up to the last minute, Mr Macron, a pro-European Union ex-banker and economy minister who founded his own party only a year ago, was projected to get 24 percent by the pollster Harris and 23.7 percent by Elabe and Ipsos.

However, the French are not to blame! We saw Marine Le Pen coming or even winning this first round of elections. French people thought the right had failed because there was still high unemployment and more insecurity and social misery in France. Therefore, five years ago when they had a chance to vote for the left, they did. But President François Hollande has turned out to be exactly like former President Nicolas Sarkozy, and nothing has changed for them.

The problem of high unemployement in France has been closely followed by security and the fight against terrorism in the polls and these three are the driving factors for the French vote.

A majority of French people share the Front’s view that their country has too many immigrants and should refrain from admitting more. As a result, the French government allowed in only a modest number of refugees from Syria — in notable contrast with Germany. Discussion of the subject has become a political taboo; it has not featured at all during the campaign. Moreover, the party has also helped promote an aggressive form of secularism, one that often stigmatizes Muslims and seeks to regulate their social and cultural freedoms.

Le Pen’s father, Jean-Marie Le Pen, is co-founded the National Front—a party historically composed of immigrant-loathing white nationalists. Jean-Marie is a Holocaust truther who once dismissed Nazi gas chambers as a mere “point of detail of the history of the Second World War,” and said of a Jewish critic: “We’ll put a batch in the oven next time.” Marine, meanwhile, recently downplayed France’s role in the Holocaust, saying, “I don’t think France is responsible for the Vel d’Hiv.” She also claimed that the Nazi-collaborationist Vichy regime “was not France,” adding, “I think that generally speaking if there are people responsible, it’s those who were in power at the time. It’s not France.” 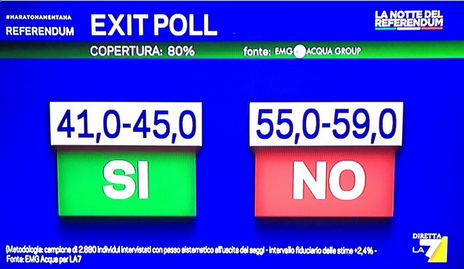 With Brexit and the U.S. presidential election, 2016 has already contributed its share of major political upsets. Yet another upset may be in the making. The  Italian referendum taking place today in Italy on constitutional reform and the second chance of Norbert Hofer of the anti-immigration Freedom Party (FPO) to become the first far-right president in Austria  could both possibly have disastrous consequences for Europe and the world.

END_OF_DOCUMENT_TOKEN_TO_BE_REPLACED 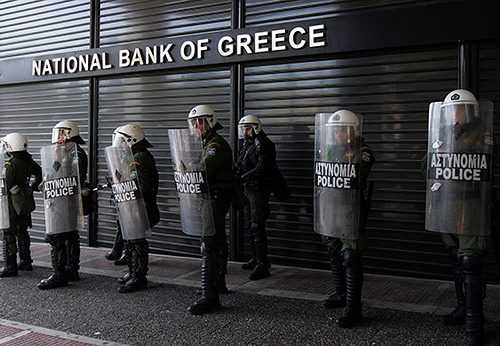 Provision of basic goods and services, such as food and heating,  it is deprived by the 39.9% of the population living in Greece with this percentage rocketing to 44.5%  for the 0-17 year old population. Moreover, almost one in five households ( 17.7%)  live in inadequate, unsafe houses with a leaking roof with moisture in walls and floors etc.

Overall, more than 4.512 million Greeks are at risk of poverty (Population in Greece is estimated at 11 millions) with children most at risk. This situation is reflected by the fact that 230 774 children live in households with no workers and virtually no income!

These elements are included in the final report of September 2016 issued by the Greek Statistical Authority (ELSTAT) concerning the Living conditions in Greece.